The Ministry of Steampunk 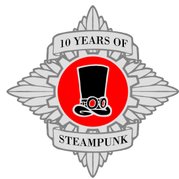 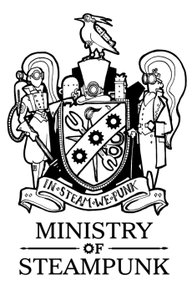 Weekend at the Asylum

The Ministry of Steampunk are the World's leading Steampunk facilitators.

Founded in 2008 as the Victorian Steampunk Society we are the creators of Weekend at the Asylum - the World's largest and longest running Steampunk Festival. "The Asylum" celebrated its tenth year in 2018 with over 100,000 people visiting the event in Lincoln over the course of the August Bank Holiday weekend.

When we began as the V.S.S. few people had heard of steampunk hence our inclusion of the word "Victorian" in our title to give people an idea of what they might expect.  Now as we enter our second decade Steampunk is widely known and appreciated so we are proudly stepping forward as "Those folks from the Ministry".

2019 has been a vintage year for steampunk and the VSS has only one event left this year.  Naturally we are working to make it a special one.  2020 is set to be an astounding year however as we offer new events and launch the Department for the Apocalypse.

The Ministry of Steampunk is a trading identity of Chronoclasm Ltd.

Many of the illustrations on these pages have been created by the inestimable Doctor Geof. Click on the picture to the left to visit his webshop